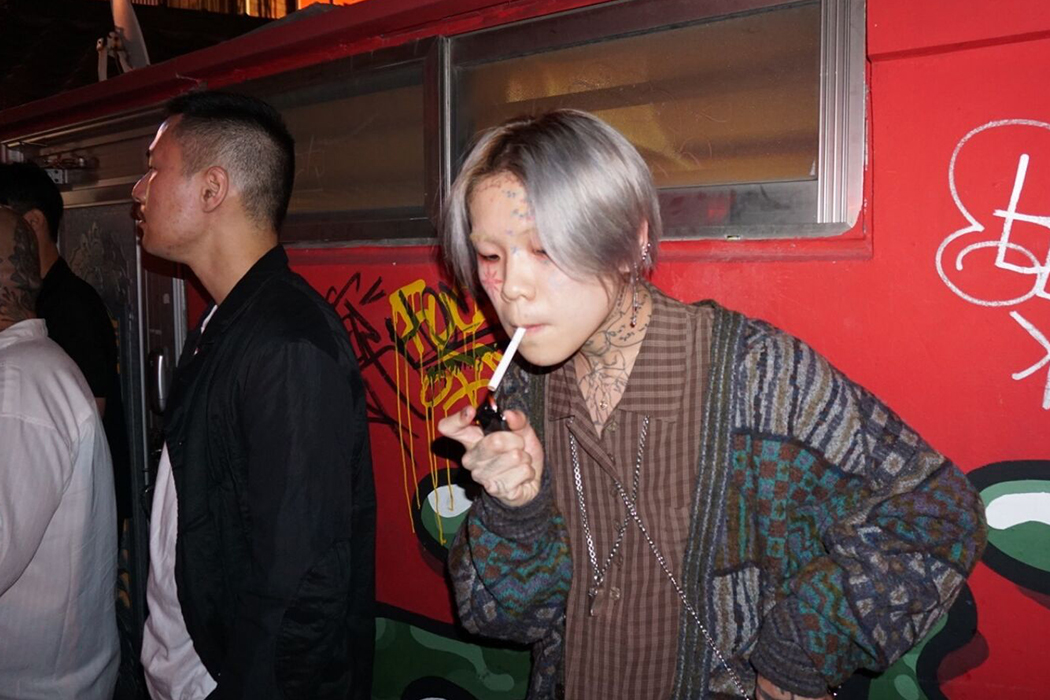 Having studied youth culture for nearly twenty years, there is something that fascinates me about Seoul right now. Quite simply, it’s the sheer anarchic feel of the place. With teenagers spilling onto the pavements at night and bags of sick - literally - lying on the ground the next morning [well, at least they used a bag, huh?] the sense of raw energy and adolescence there feels like it has few parallels across the world right now. For the young adults and teenagers in Japan,Seoul is the place they seek to be loud,louche and young; opening their pop-ups and holding launch parties and exhibitions without concern for what the neighbours might think. For while the adult-honorofic society exists in Seoul too, the new generation are arguably breaking those barriers down with far more force than we see in Japan right now. With American colleague AJ over there this August, [having lived in Seoul for various times throughout her life], we wanted to take this opportunity to capture those moments ofChaotic Seoul through her clever lens. These are film and digital captures of old friends and some new, taken by her in August 2019 around Seoul between the hours of 11:00pm-5:00am. We open with her own keen knowledge of the city of Seoul.

There is an unabashed adolescence that runs through the ethos of South Korea, a country that has started over from the ground up multiple times and found itself at the forefront of global wealth in the impressively short span of just over 60 years. Such rapid expansive growth has created a national pride greater than the legacy usually needed to facilitate it. With a unique cultural identity, South Korea is a country where each living generation experienced stark differences in quality of life with very little unifying traditions to connect them. This is most evident in the wealthiest metropolitan city, Seoul.

This anomaly is partially why the younger generations have described South Korea as having no root, a concept that extends itself to how young people present and interact with each other and their elders, having no stern basis for etiquette and the chaotic freedom of acting out and making it up as they go along.

Night life is irreverent, anarchic - as Ruby has always said - and bravely unapologetic. Global influences flood in and are adopted as quickly as they are discarded for the next appealing reference. While publications and foreign reports have often exploited this overnight trend adoption as a negative, it’s this detachment from a cultural root or identity that has served as the country’s secret weapon to swift industrialization. The freedom to pick up what works and let go of what doesn’t is what makes South Korea able to move adeptly ahead and with brazen confidence that become most apparent when the street lights come on.