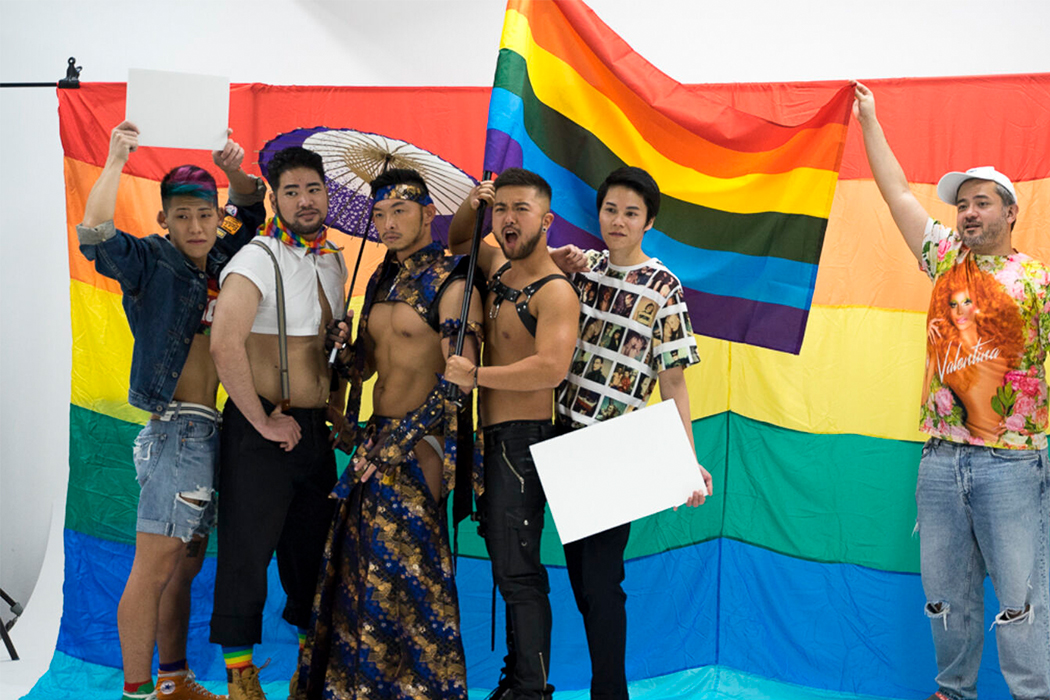 The Mr Gay Japan Pageant took place in Tokyo this year, nominating Tiger Shigetake to represent Japan in the 11th Mr Gay World competition. Only in its second year, Mr Gay Japan is already gaining fast recognition amongst the Japanese LGBTQI+ community despite the constant prevalent struggle to be seen in Japan. A country known for harmony and fitting in does not lend much room for anyone outside what society deems the “norm.” With Japan embarrassingly low on the list of countries that consider gender equality important, what room does that leave for minorities?

A well-known saying of “A nail that sticks out gets hammered down,” is often recited in society if you want to successfully go with the flow- structured, cis-hetero, Japanese masculine dominated flow. While Japan seems more open to LGBTQI+ themed ideas on the surface, without oppressive religion and a handful of openly gay personalities on TV, the actual rights of the people have not been seriously considered.

“Media Japan and real-life Japan are totally different. They don’t take LGBTQ people very seriously, it’s like being a joke.If you were to come out to someone as gay, people would associate you with something that isn’t serious,” says Tiger, referring to the gay personalities on TVwho exaggerate their flamboyance for laughs.

Georgie Ichikawa is one of the three founding members of Mr Gay Japan alongside his partner Tatsuya and Miss Grand Japan director Eriko Yoshii.

I think if I screamed for equal rights, and I’m just Georgie, I'm just one person, but if it’s someone that's been kind of chosen or won a certain prize and that person says something... I think there's more power.” He continues, “We want to support the winner and whatever point of view that they have to make the LGBT community better or to be heard and when we have to bring someone out to speak for us I can direct them to him.

In this case, they will be directed to 2019 Mr Gay Japan winner, Tiger, who has been fighting for LGBTQI+ sex education to be updated and included in the school systems since his time there. He recalls, “I grew up in a Japanese school and I got severely bullied because I was always open about my sexuality. I remember when I was in school and they talked about Sex Ed., the nurse came into the classroom for two minutes and said, ‘If you are gay you have HIV.’ This was the education I got in my generation.”

For Tiger, that was not that long ago. He had an opportunity to speak with the UN through Human Rights Watch, a non-profit organization tackling injustice all over the world. At the International Human Rights Day at the UN in 2016, Tiger spoke directly about the struggles for the LGBTQI+community in Japan, bringing awareness to ambassadors, organizations and even big-name brands who are looking to make a change. “It’s a very difficult thing, I tried, with the Human Rights Watch to contact the board of the Ministry of Education in Japan, to incorporate LGBTQ education in Japanese schools, but this was unsuccessful. They didn’t agree with it. They said it would ‘ruin the harmony’ of the schools.”

“Keeping Harmony” is more important than the rights of the LGBTQI+ in Japan. It’s quiet oppression with silent treatments and ignoring those who try to stand up.

“Yeah, there are definitely politicians that don't really care about it. I don't think they understand that there is actually a lot of [LGBTQI+] people... because people didn't know they were working with a gay guy until over just a few years ago. They didn't even think they existed. It was like a myth,” Georgie says of the lawmakers and the oblivious, “But when you think about it, in Japan, a straight couple doesn’t introduce their girlfriend or boyfriend until they’re probably ready to be married. It's private, it's a little bit separate, I think. If you think about it that way, I can understand that maybe you don't really need to [come out].”

Keeping things very separate and private is common in Japan, you have a work-life and a private life. It’s easy to stay hidden and keep to yourself. If everyone is hiding themselves and living a quiet double life, what progress can be made? This year on Valentine’s Day, a small set of same-sex couples rallied together to bravely stand-out and show themselves to fight for the right of marriage in seven cities across Japan.

Shogo Kemmoku, a school teacher and the winner from Mr Gay Japan’s first-ever pageant, surprised everyone during the passing of the sash by stopping to propose to his Australian partner [now fiancé] Geoff. “There was a hearing a couple of weeks ago. The government was still refusing to allow same-sex marriage. They’re not against it, they just want more reasons to approve it. I think it will happen. It might take a long time but things are in motion to change. I feel younger generations are talking about LGBT stuff in a positive way. As a teacher, I am hearing it.”

Georgie, who lived ten years in London and also came out there, has seen progress and change in the communities from different cultural standpoints. “If a few things change here, I think it could all change very quickly. But I think the problem in Japan is that there's no real vicious homophobia [to motivate change]. I think probably the most ‘aggressive’ thing that happened was that a politician recently said ‘LGBT people don’t reproduce.’ That was probably the biggest hoo-ha here. But in London, you get stabbed. So that's –I mean, I'm not saying getting stabbed is good, obviously– but it angers and moves people and pushes through things and I think in Japan... it’s just so peaceful. I mean, you don't make noise in Japan, culturally. It’s quiet.”Shogo adds,

I think the difference is that Japan is not against LGBT, they’re just not that interested. But we can make people more interested in the topic if it’s fun. If there is an event or festival, everyone will go. Pride last year was so huge and not just LGBT people, everyone was there. I think in Japan, everything is controlled and there are so many rules. But when there is a party, everyone can be more free.

Tokyo Rainbow Pride Parade has grown tremendously over the past 10 years, with huge Japanese companies continually adding their tents to the 2-day festival to show their support and sell their goods and services to the community. Two days a year is not enough, but it’s a start. With companies offering joint bank accounts with same-sex partners or LGBTQI+ travel packages with airlines, the customers have to meet their supporters half-way. If no one is stepping up to come out, Japan might wonder if the services are really needed.

Tiger points out the frustration of the delicate balance of Japanese culture and what needs to be done, “Japan is very passive. Passively accepting, passively discriminating. I think what makes people conservative is their naiveness. They’re scared to find out information, being scared to be in a situation to have to talk about things they don’t know. It’s not that they have a strong stance on anything. When people raise their hands, they stand out, and you can’t be the one that stands out. So nobody is asking questions. There are so many issues within itself, it’s a tangled knot.”

Mr Gay Japan aims to bring positive attention and organization to the community; to educate, entertain and further push LGBTQI+ issues onto a larger platform.